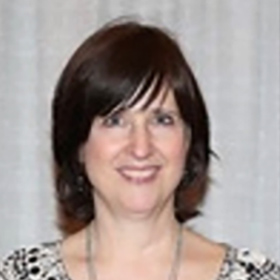 Lessons Learned: A Review of the NP's H & P in Diagnosing Neurology Disorders

Dr. Rinehart attended Prince Georges Community College in Maryland to earn her ADN in 1987 and attended University of Maryland to earn her BSN in 1993 followed by her MSN-NP (Adult) degree in 1996. She earned a Post-Master’s Certificate FNP from Emory University in 2008 and her DNP in Advanced Practice Leadership from Chamberlain College of Nursing in 2016. She is a member of the American Academy of Nurse Practitioners, the National League for Nursing, Sigma Theta Tau, Georgia Nurses Association, and the United Advance Practices Registered Nurses (UAPRN) of Georgia. Dr. Rinehart’s nursing career spans over 30 years and includes med-surg, surgical intensive care, emergency room, flight nursing, and leadership. Her nurse practitioner experience includes adult health, family practice, neurology, and community health.

She continues to work per diem at a Federally Healthcare Qualified Clinic (FHQC) providing healthcare for pediatric to geriatric patients. She transitioned to academia at Chamberlain College of Nursing in 2013, first serving in the BSN program at the Atlanta Campus. During her campus tenure, she had positions as Faculty, Assistant Dean for the Center of Academic Success, and Associate Dean of Student Learning, which included oversight of the Simulation Center. In 2017, Dr. Rinehart accepted a Visiting Professor position for Chamberlain’s Online MSN-NP Program in addition to her campus position.